Go to Index
Tesselate Hill is a little secret in the Blue Mountains in NSW, Australia. Hardly anyone knows about this place, let alone visits it.

But it is known to the savvy Blue Mountains bushwalkers for its tessellated rock patterns on a large flat platform.

Although it is relatively common to see rocks with tessellation patterns; yet it is very unusual to see them covering such a large area as in Tesselate Hill.

A more detailed trip report will be written up one day ... watch this space  :-)   For now, enjoy the pictures.

By the way, there is only one "l" in "Tesselate" Hill. That is how it is spelt in the maps.

1)  From where the car is parked, it takes 30 mins to climb to the summit of Tesselate Hill. Then another 15 mins to reach here, Tessellated Pavements.
(To enlarge the image, click on it.) 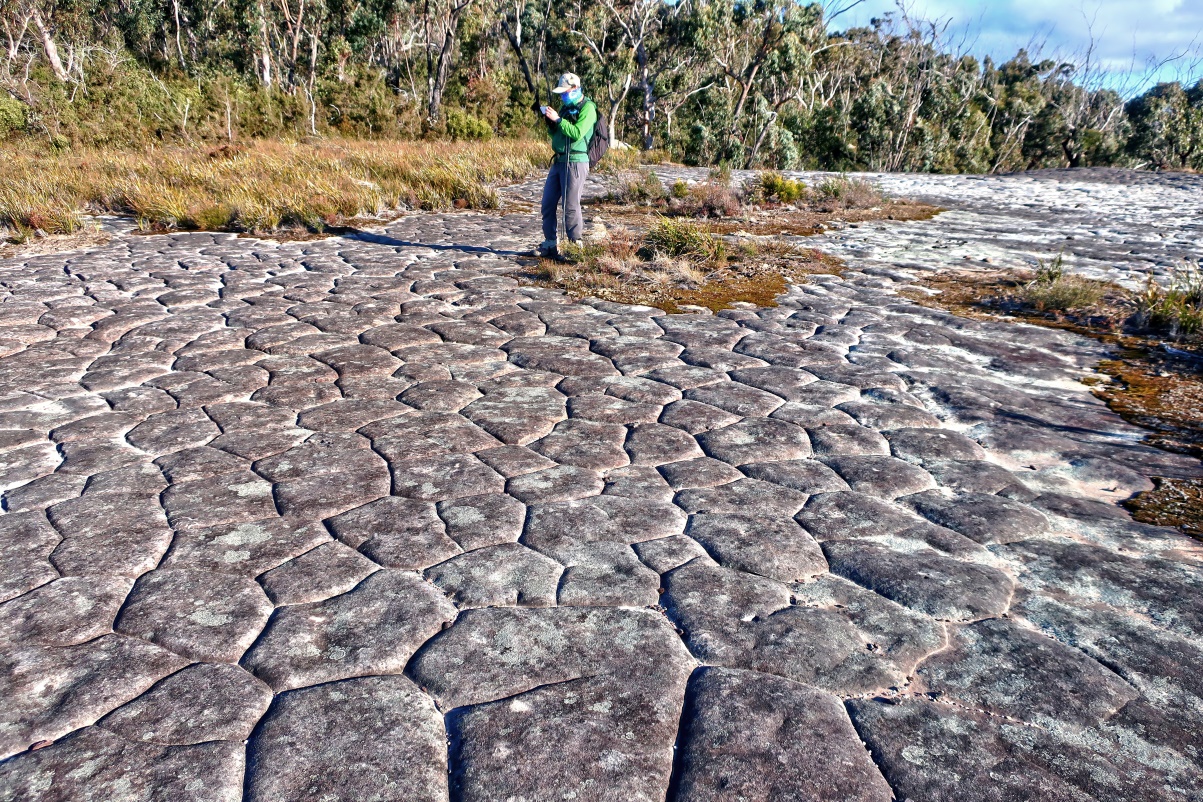 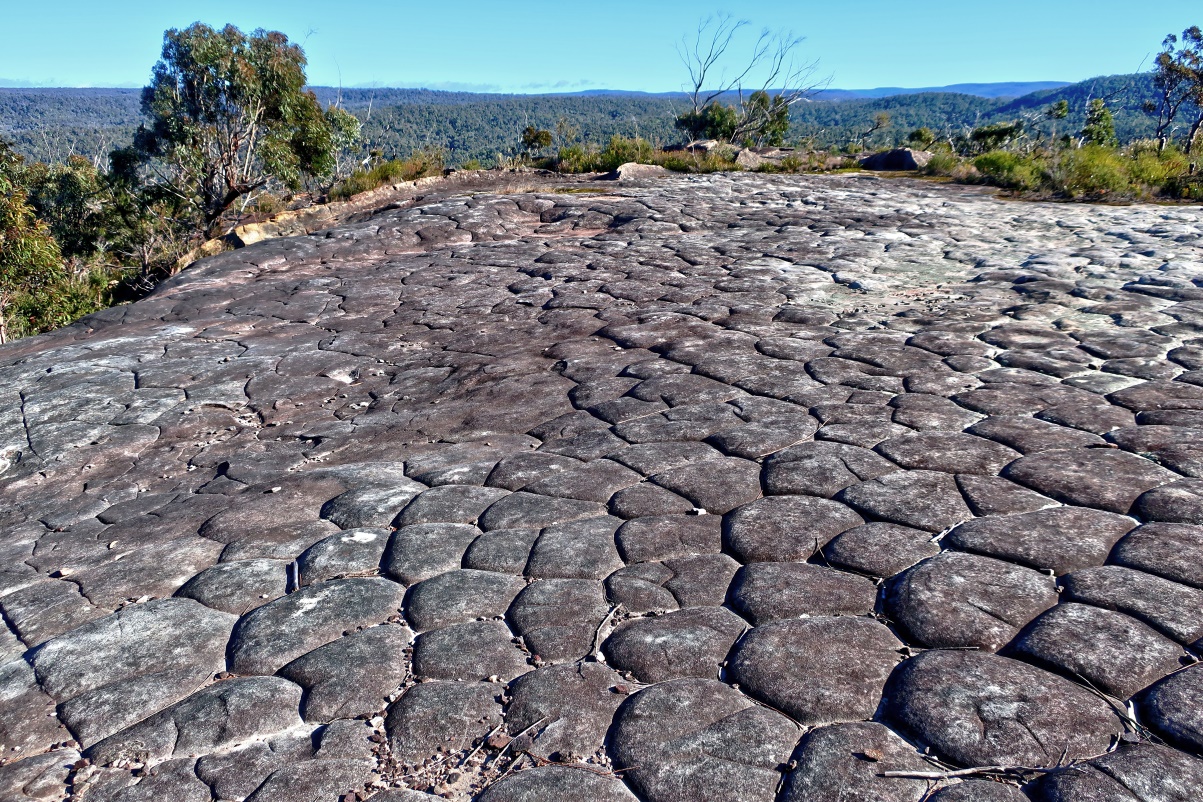 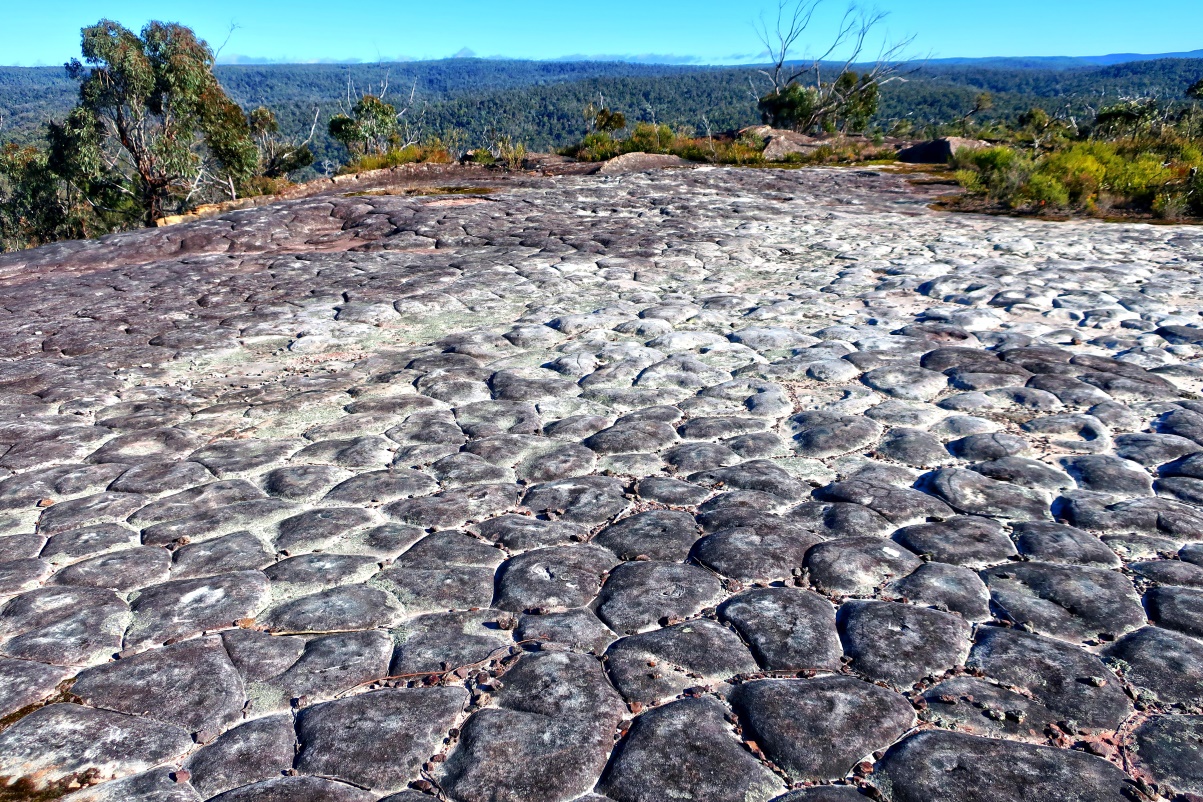 6)  An aboriginal engraving ... I can only find one. If there are more, please let me know. 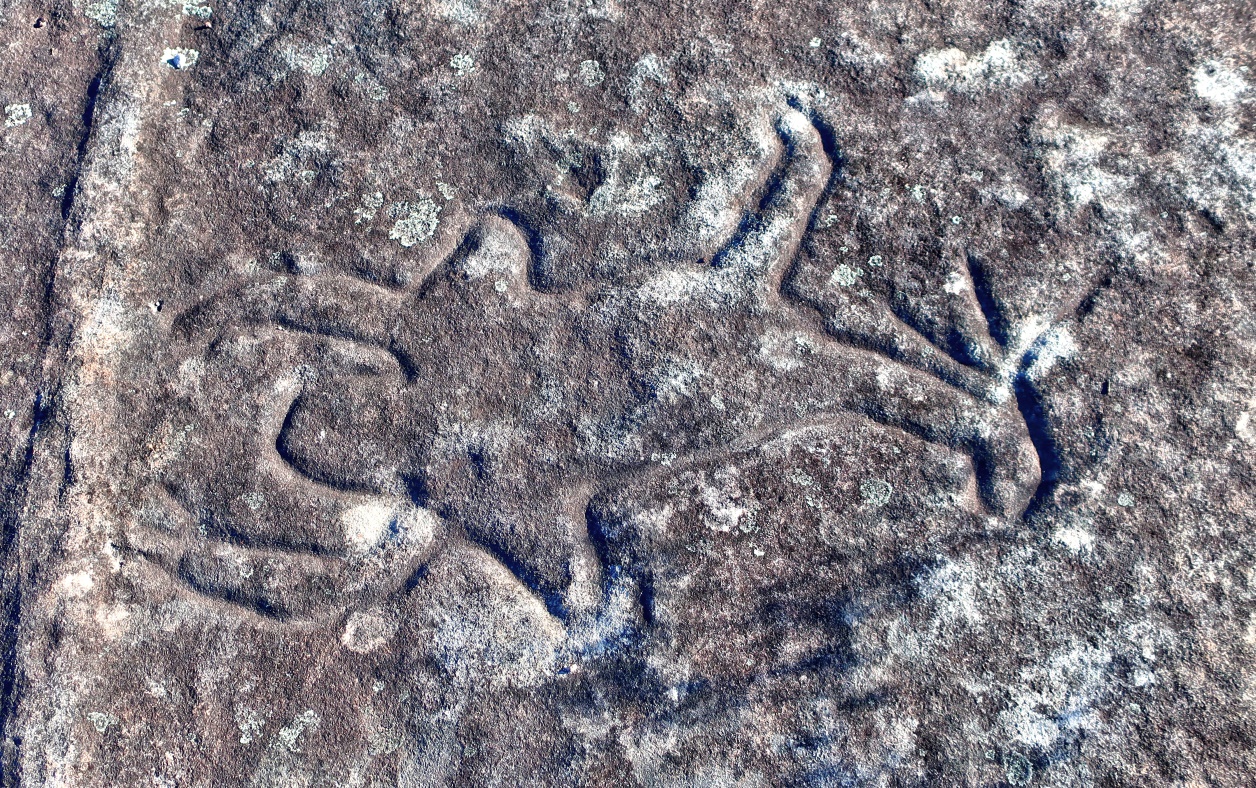 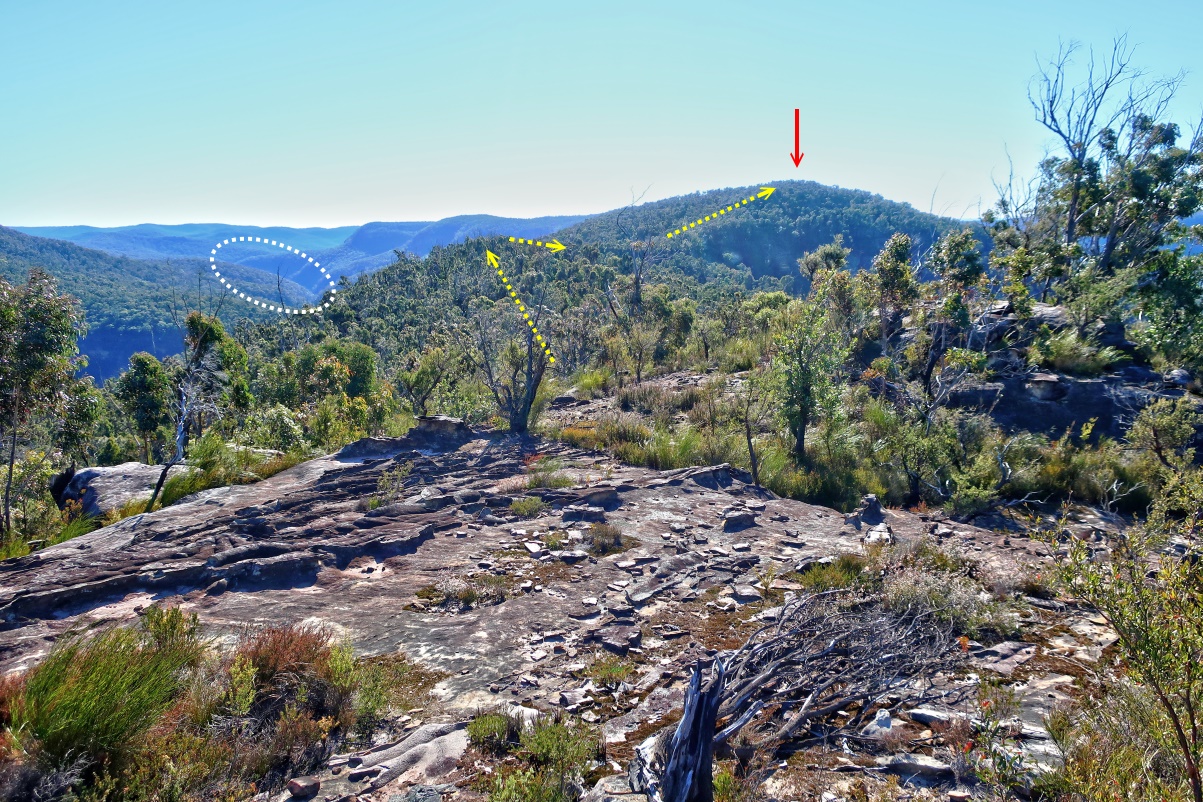 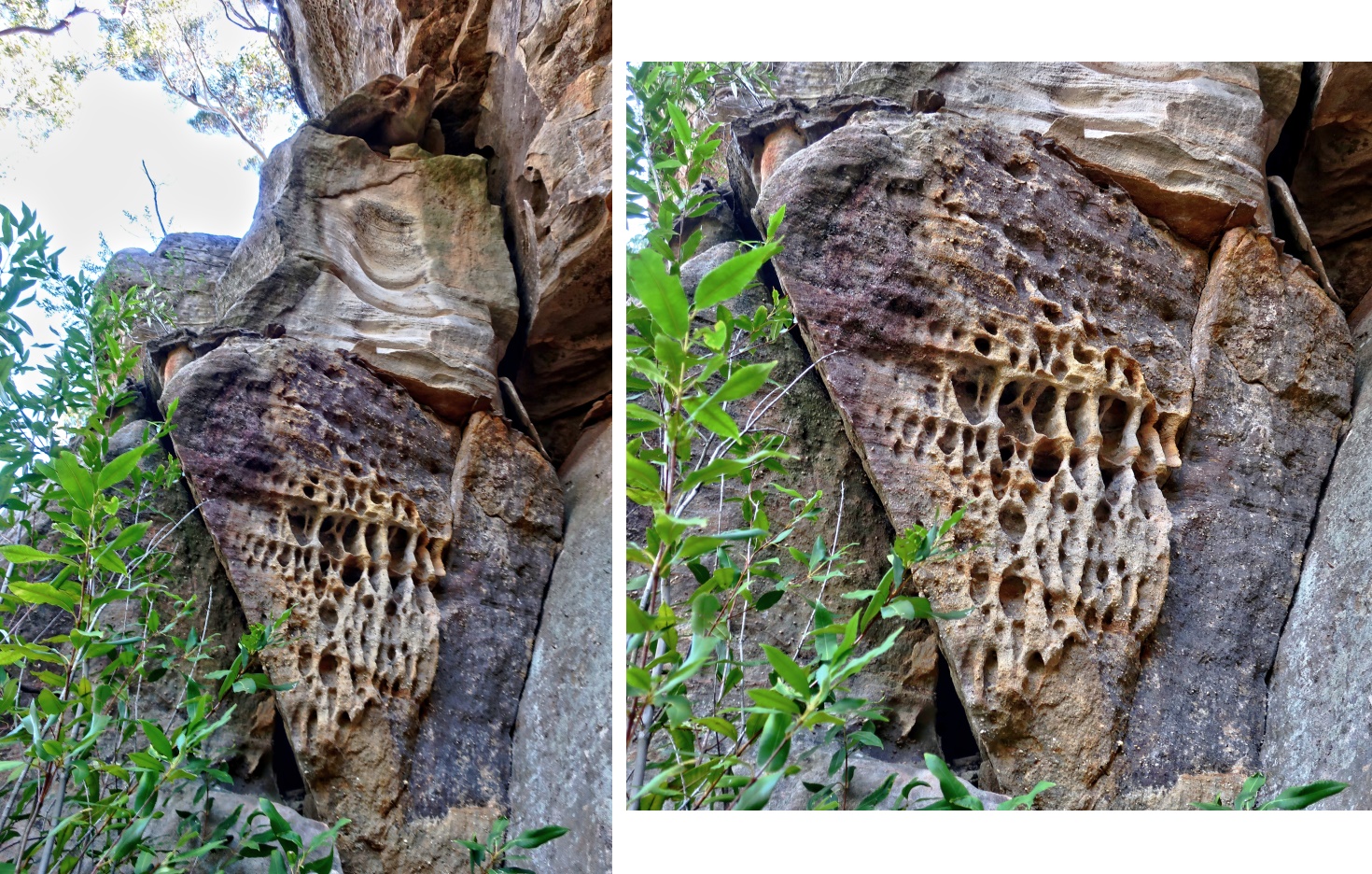 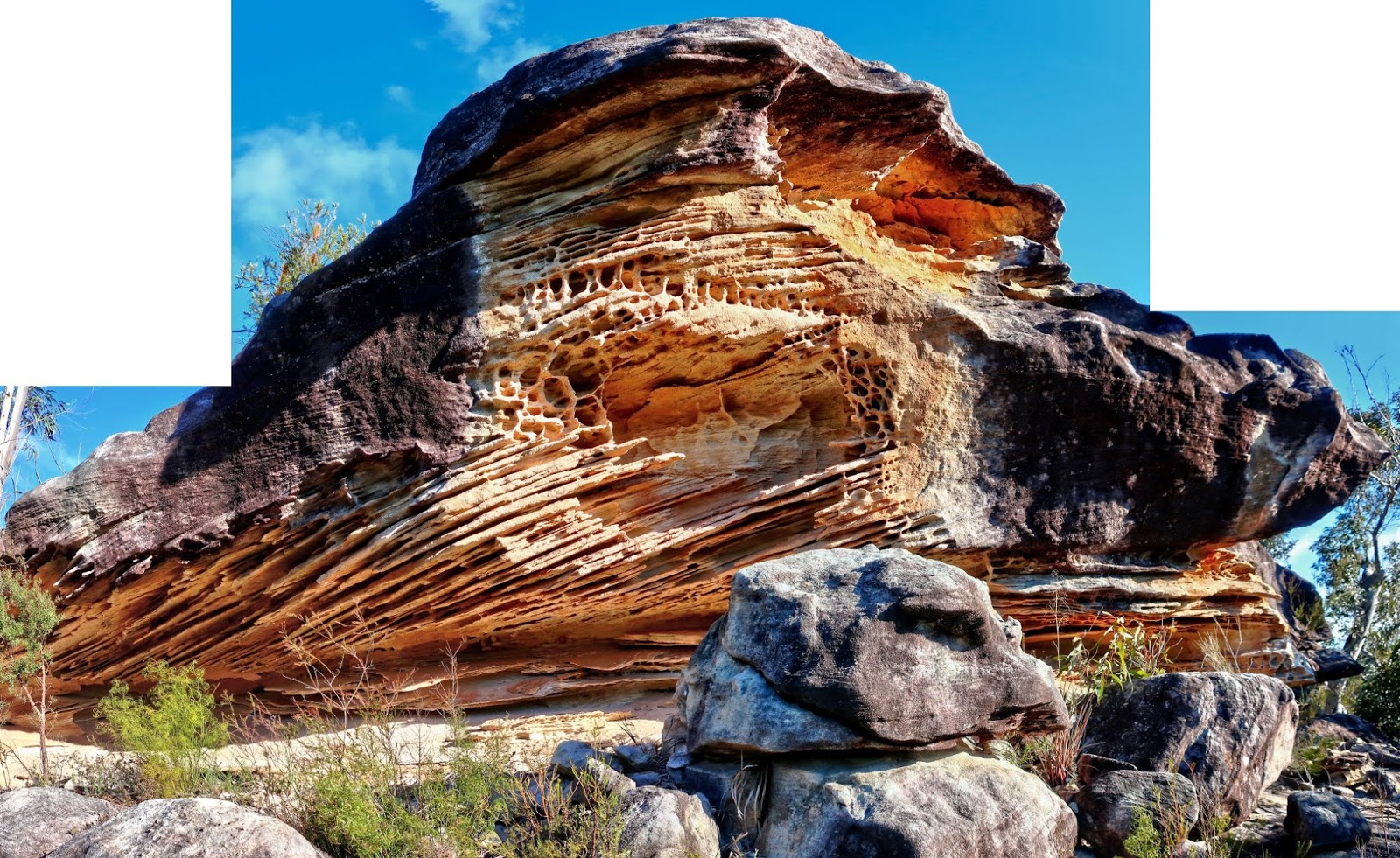 10)  At the summit of the unnamed 734-meter hill ~~~
There are many patches of tessellated rock patterns, but not a large contiguous area as in Tesselate Hill. 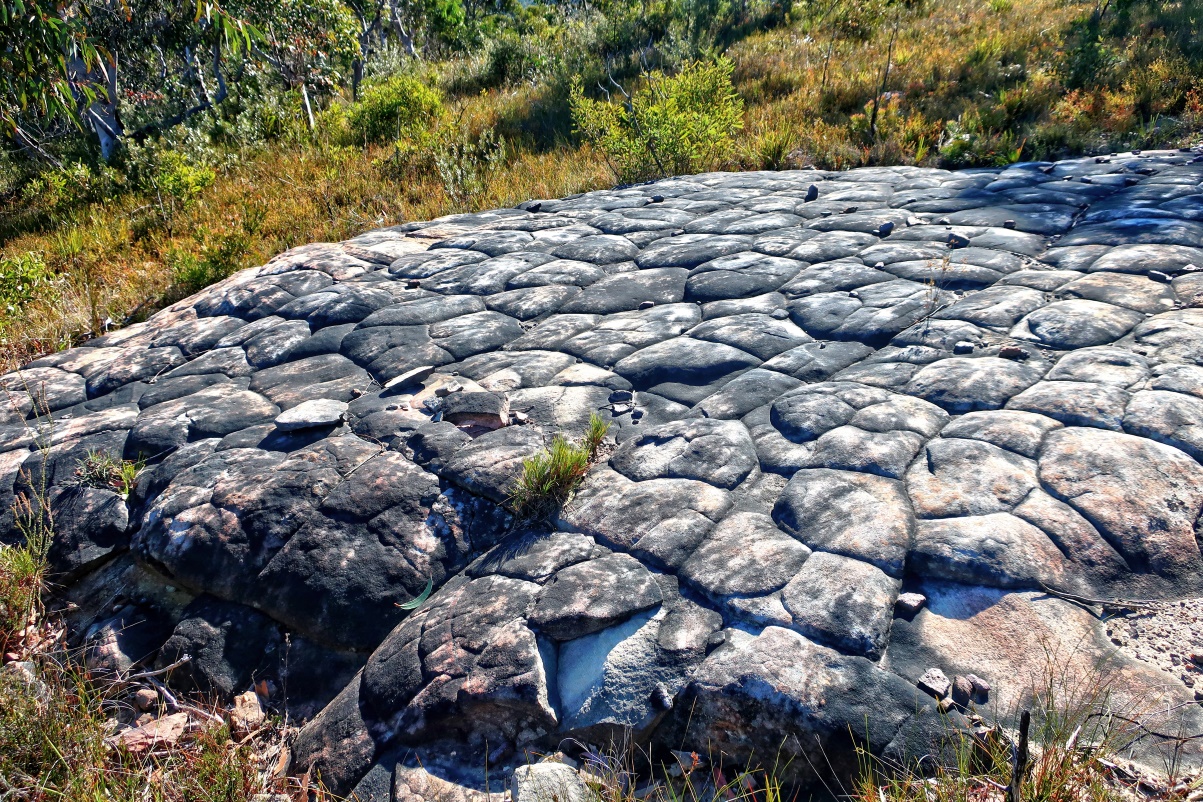 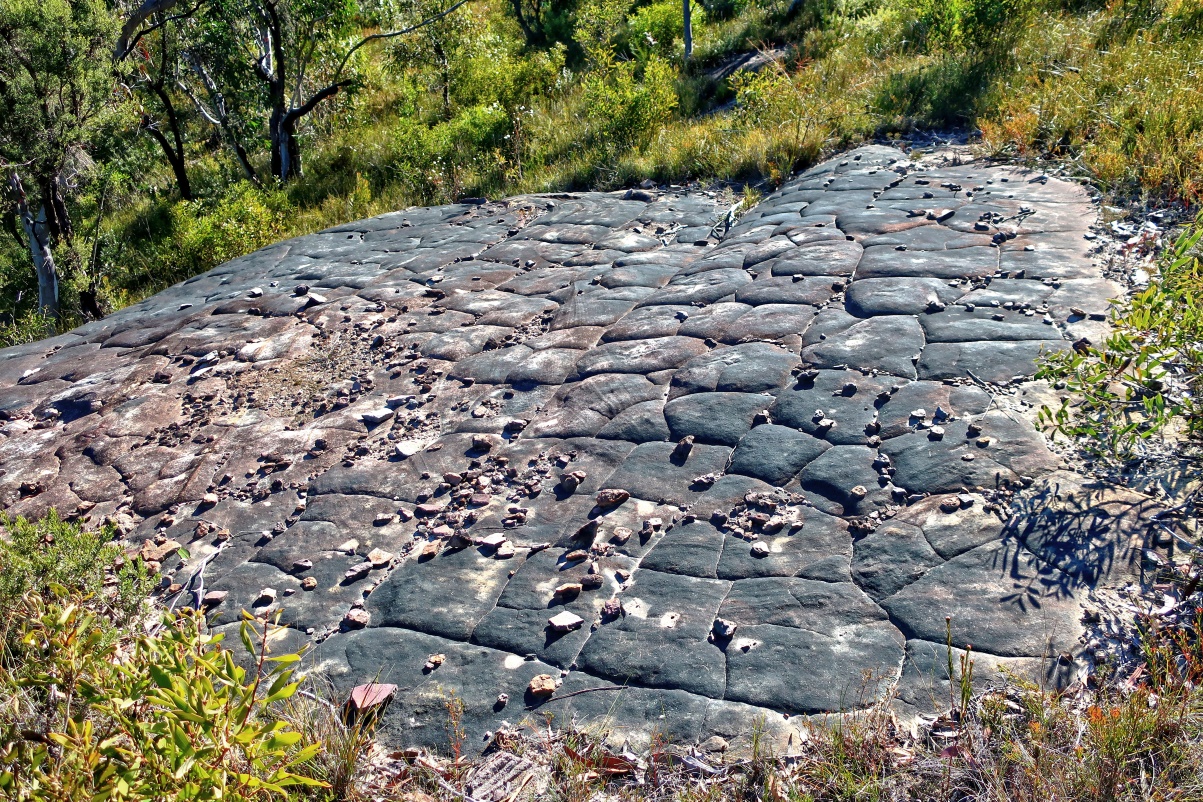 12)  Here is another patch of tessellated rock patterns. 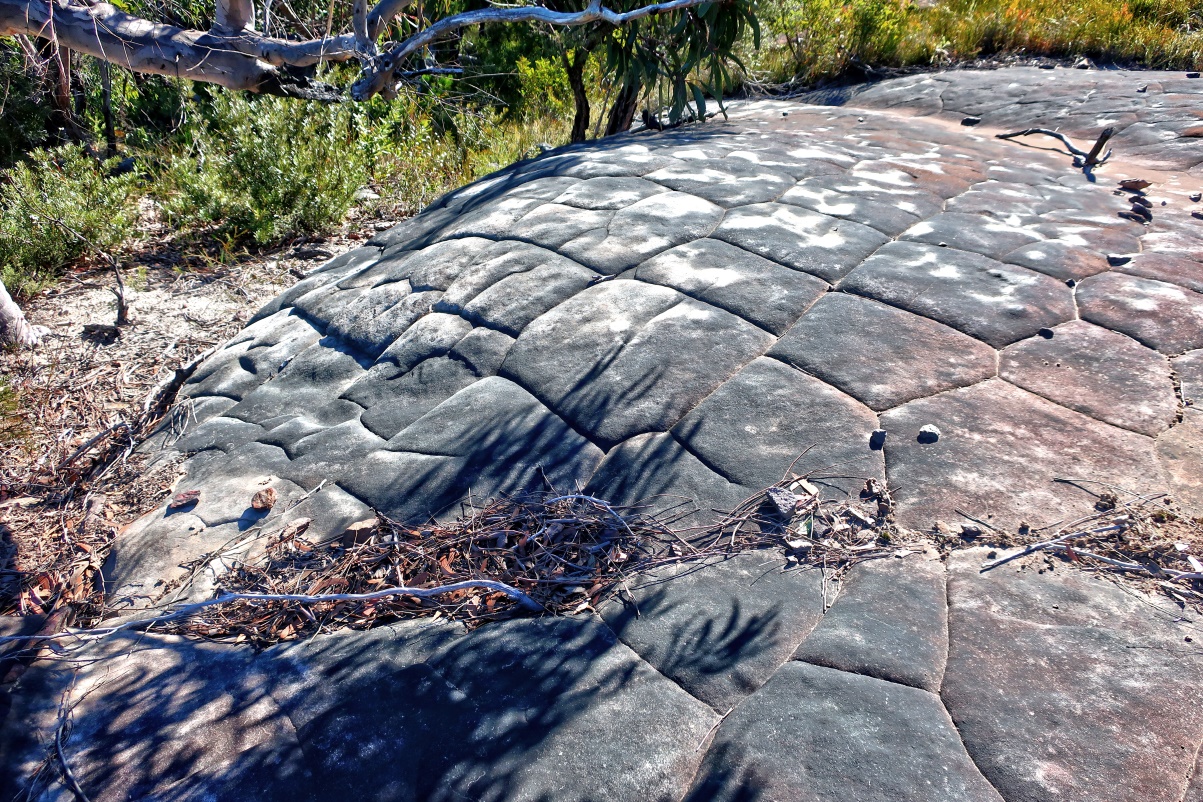 There are more patches than the ones shown above. Go there and check them out for yourself  :-)


Return to Tesselate Hill and the car 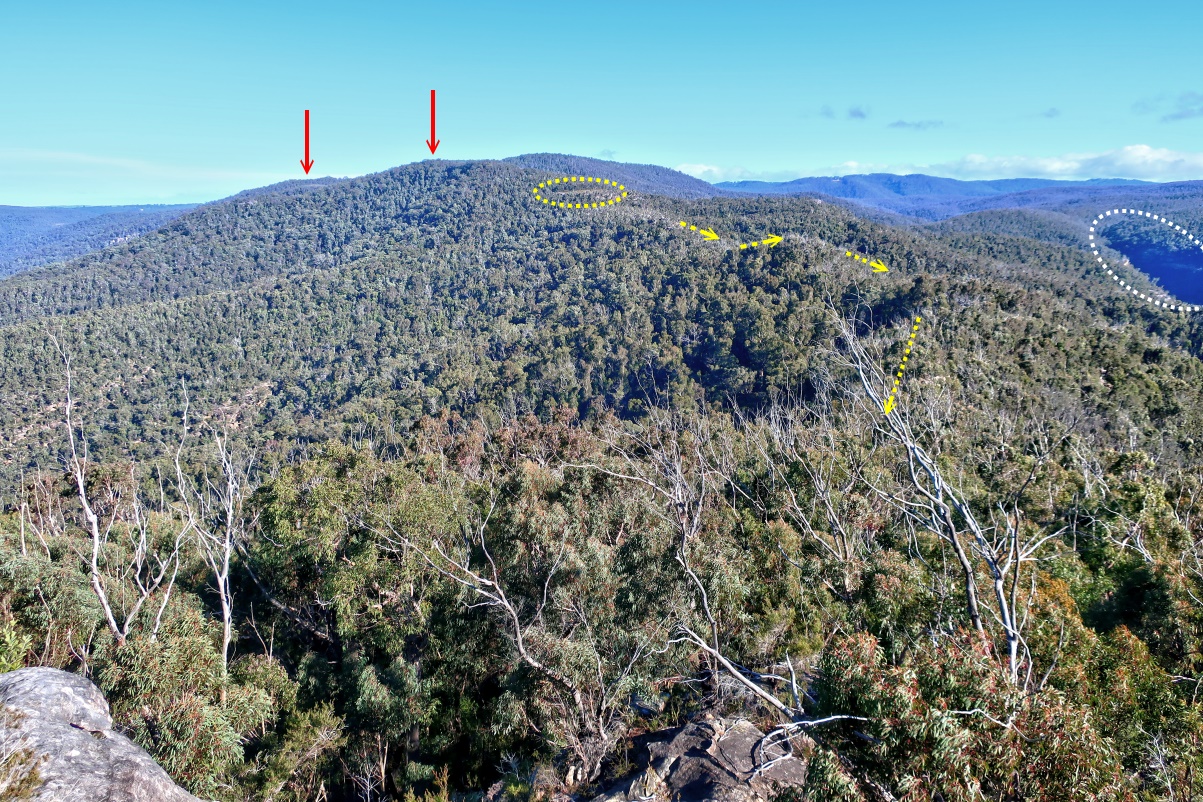 Go to Index
Please visit my main page at http://mntviews.blogspot.com/
Posted by Paul Ma at 11:25 AM

Email ThisBlogThis!Share to TwitterShare to FacebookShare to Pinterest
Labels: Tessellation

Donations are welcome to support the creation of more interesting articles in this blog  :-)